Home » Cryptocurrencies » What’s the Meaning of Bull Run and Bear Market In Crypto? 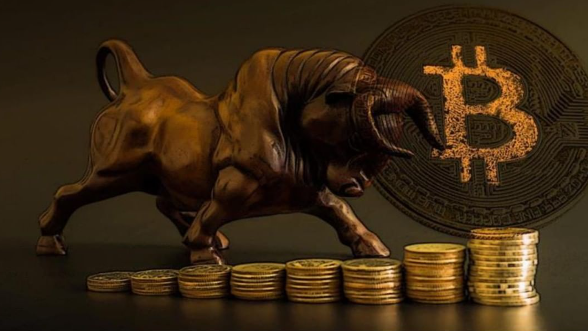 What’s the Meaning of Bull Run and Bear Market In Crypto?

Financial markets, especially crypto, never stand still. Until this day, we’ve seen it all – from massive crashes to significant take-offs, in a single day or over a period of time. In order to describe these significant upward and downward movements (especially the ones that stretch over a couple of months or even longer), experts carved out two terms – bear and bull market. Today, we’re here to shed light on the meaning of a bull run in crypto, bear market as well, the difference between the two, and the best time to invest if you’re willing to bag some cryptos.

What Is a Bull Market?

So, what is the meaning of a bull market in crypto? Simply said, a bull market is a period during which the price of most cryptocurrencies is going up. It is a result of overall trust in the future of crypto and blockchain technologies.

Right before or during bull runs, investors are accumulating as many coins as they can since all the indicators point out to a single thing – explosive growth.

Upwards price movements contribute to creating a positive atmosphere and greater confidence in investing, which is why more and more people are getting involved in trading.

Bull markets last as long as the demand is greater than supply and typically happen every 2-4 years. Bull runs are sometimes accompanied by global favorable economic events and high employment rates. On the other hand, fiat currency inflation can make people see cryptocurrencies as a hedge against inflation and trigger bull runs as well.

That’s how Bitcoin rose from $4,700 to $30,000 in just a couple of months in 2021 despite many factors that would normally scare investors off, such as pandemics, global tensions, and Brexit.

Fast forward, Bitcoin scored an amazing all-time high in November 2021, of $69,044. This massive rise was influenced by smart-money heavy investments. MassMutual, JP Morgan, and Paul Tudor were speaking publicly about their investments/potential investments in Bitcoin, which made everyone else bullish about crypto in general.

A bull run could be a good time to invest in some cryptocurrencies, as long as you time the market right and don’t buy at the top (since you should actually sell at the top). Never buy tokens at their ATHs, apply the DCA (dollar-cost averaging) strategy and you’ll be good.

However, it’d be absurd to expect the market to remain in a continuous uptrend. Eventually, bulls get tired, since there is a constant fight between bulls and bears, and, once the latter take over, the market switches to a downtrend.

What Is a Bear Market?

If a bull run is defined as a longer period of an ascending price movement, a bear market is totally the opposite. As soon as investors start losing an optimistic perspective about the market, supply exceeds demand, and trading volume slows down significantly, we enter a bear market.

More often than not, bear markets are impacted by political and social factors (geopolitical crises, wars, pandemics) as well as huge whale sell-offs. In case you’re not familiar with the term, whales are wallets holding huge amounts of cryptocurrencies, mostly Bitcoin. Once the number of wallets holding that many tokens starts to drop, we can take it as a signal that the bear market is gaining ground.

At some point during the 2018 bear market, Bitcoin lost 80% of its value. Other cryptocurrencies were sinking as well. Ethereum was traded at around $1,200, XRP at $0.35, Litecoin at $25, and so on. It took 18 months for the market to start recovering. And then, another massive flop happened in 2020 when BTC lost 50% of its value in a single day. People were panic-selling at a loss and faith in cryptocurrencies was low.

However, during all this time, true believers in the blockchain technologies were building (DeFi players – Uniswap and PancakeSwap in the first place). The end of 2020 and the beginning of 2021 announced the next bull run (fueled by games, NFTs, and DeFi).

So, can we draw any conclusions here? Bear markets are nothing to be afraid of! Should you buy crypto when the market is down? Hell, yeah! Bear markets are the perfect chance for new money to start flowing into cryptocurrencies.

If you’re the kind of person with long horizons and you can handle short-term losses, this time is the best time to buy some tokens. Crypto experts say that bear markets are an ideal opportunity to make generational wealth. Right now, you can get your hands on the most popular tokens and diversify your portfolio without investing much. Bitcoin is trading at $20,300, Ethereum at $1,090, Solana at $37 and we guess it won’t take too long until we see all of them at significantly higher prices.

Talks about cryptocurrency tax were one more reason that made some of the investors cash out considerable amounts in the first couple of months this year, which, naturally, made some cryptos fall flat. Starting from April 1, 2022, crypto investors from India are supposed to pay a 30% tax every time they sell their tokens, exchange tokens, buy NFTs, etc (here, you can learn more about what crypto transactions are taxable).

Although some countries, such as Portugal, are encouraging investments in crypto by reducing taxes, others, like India, are doing everything they can to either put a stop to trading or find ways to benefit from it way more than traders do, which causes drastic price volatility. However, people who have been doing crypto for a couple of years now know how to benefit from FUD (fear, uncertainty, and doubt) and now, while we’re still sitting at these low levels, they are buying more.

What causes a crypto bear market?

Typically, a bear market begins when prices begin to drop. Further downtrends occur from investors losing hope that prices would rise as prices continue to decline. In general, events like wars, political unrest, pandemics, and weak economies can cause a bear market to begin.

A bear market might also start as a result of government intervention. In contrast, it is much more difficult to forecast the beginning of a bear market in cryptocurrency using historical trends. The cryptocurrency market is still relatively new, in contrast to the stock market, which has decades of data available to investors and analysts.

While a bear market can have a variety of causes, there are a few frequent signs that one is about to begin. There are several indications that a cryptocurrency bear market is developing, such as:

There are certain attitudes and actions that generally characterize a bear market:

Now you know what is the meaning of a bull run in crypto and what is the difference between a bull and bear market. You also know that, currently, we are in a bear market and, if you ask us, crypto winter is definitely the best time to invest in cryptocurrencies, provided you strongly believe they’ll stick around for the good.

Graphic designer and NFT creator. Before entering the digital industry, he spent many years painting and sculpting in a small village in Tuscany. Today, he is a digital nomad and lives on creating and trading NFTs. This is his blog about trends in the crypto market, and the highlights from the tech industry. Twitter addict.